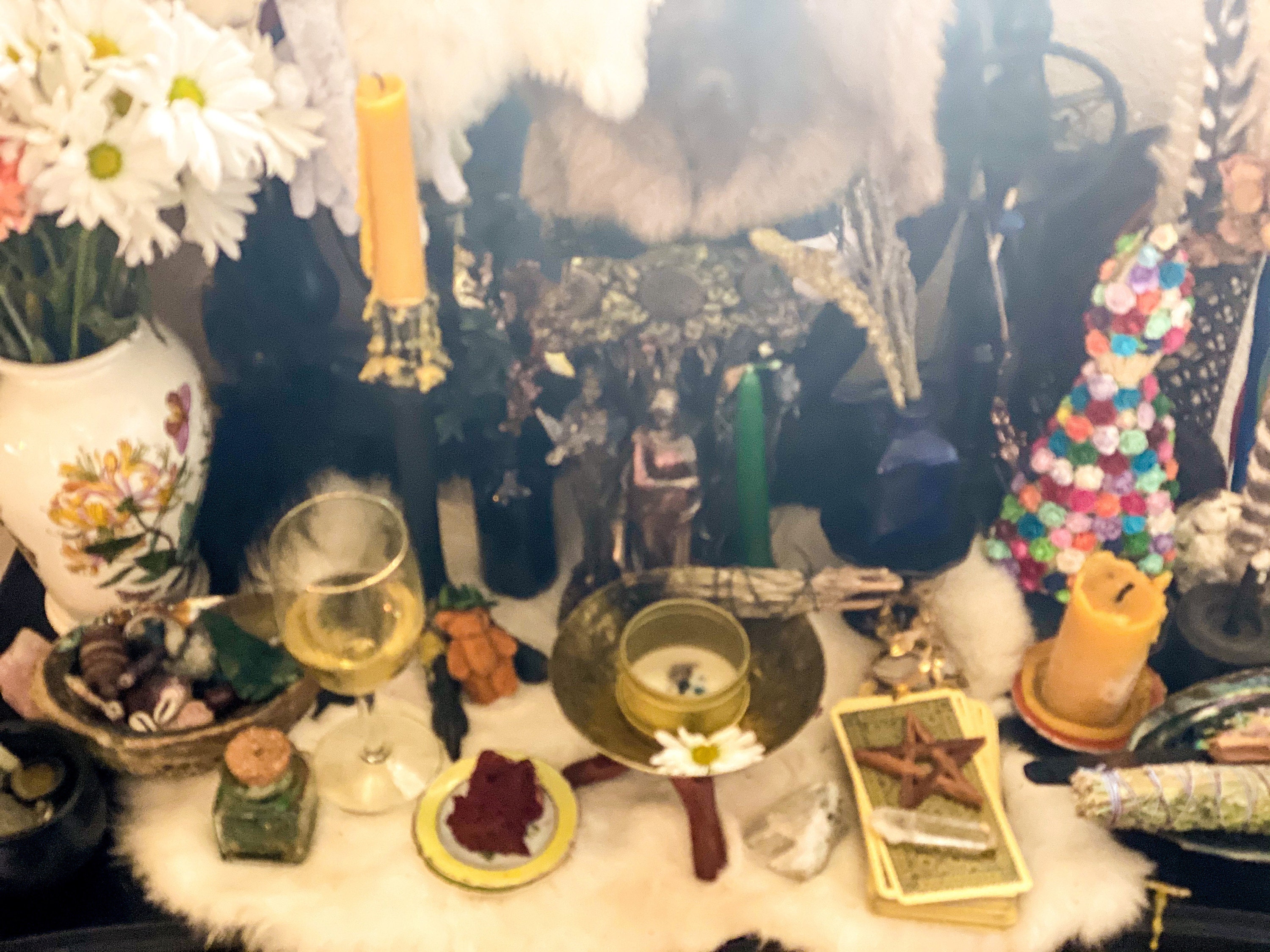 Litha (or, Midsummer) begins on the Summer Solstice, marking the time of the year at which the sun has reached its highest point in the sky before it begins to wane into darkness. It is the longest day of the year when light & life are most abundant. The Sun God & the Oak King (or, Green Man) are at the peak of their strength before they too begin descending with the sun into the latter half of the year, at which point, the Cailleach & the Holly King begin to rise to their thrones. In Christian theology, Midsummer marks the Feast of St. John the Baptist, often portraying him similarly to the Green Man & also celebrating the forest (or, Nature as a whole). Let it also be noted: there are a lot of misunderstandings between Beltane & Litha in Wiccan traditions. Beltane is often seen as “Midsummer” & holding the traditions of Litha, though it specifically means “May” & is celebrated as one of the four fire festivals & as the peak of Spring. Also during Beltane, the Fae are said to cross over into the physical realm. During Midsummer’s Eve, the Fae hold their last celebrations in the physical realm, drinking gaily, making love, wreaking havoc, & playing their tricks or giving good fortune to humans, before returning back to the ethereal plane.

For centuries, many cultures around the world have been celebrating Midsummer & the Summer Solstice. Litha itself is a Druidic holiday by the Celtics in Ancient European traditions, celebrating the balance of night & day & the halfway mark of the year, making it an incredibly energetic time for magick & ritual for many Pagan practitioners. This is a time of balance, of harnessing the sun’s energy one last time before harvest time. This is also a time for celebration, frivolity, & finding love to carry with you into the darker half of the year. In some European traditions, bonfires are held in celebration of the Summer Solstice, while a Midsommarstäng (maypole) is set up in Sweden for young women to dance around. Many sacred stone circles, including Stonehenge, are also sacred sites during this time to watch the sun at its peak during the Solstice. In Nordic traditions, there are 12 days of celebrations & rituals leading up to the Summer Solstice, designating each day to a specific God &/or ritual. In Roman traditions, the Vesta (Goddess of hearth, home, & family) is honored during a Midsummer festival known as Vestalia. In Ancient Egypt, the Sun God Ra was celebrated during this time, as the Egyptians believed he traveled through the sky bringing light unto the world. No matter what culture’s traditions are celebrated, their commonalities include a celebration of the sun & all that the sun represents & offers to the Earth. This is a time for celebrating life, growth, & abundance in Nature & within oneself; a time to recollect the last half of the year, understanding what sustenance has given you life, growth, & abundance versus what has held you back from these illuminating energies. This is also a time to connect with Nature, physically feeling the warmth of the sun & letting the light into your home & self. At this time when the veil is thin, we can also connect to the spirit realm, the Fae, & our ancestors before they retreat back to the Otherworld before coming back during Samhain.